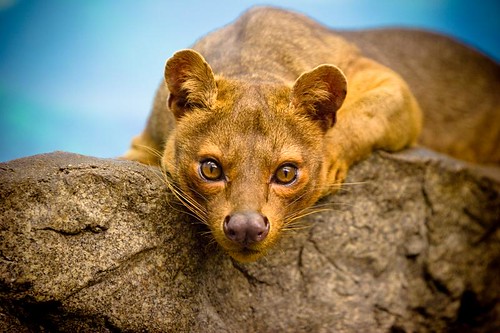 The last two weeks we talked about some pretty well known animals, lions and horses. This week we're going to talk about an animal I think most of us are not very familiar with, the fossa! 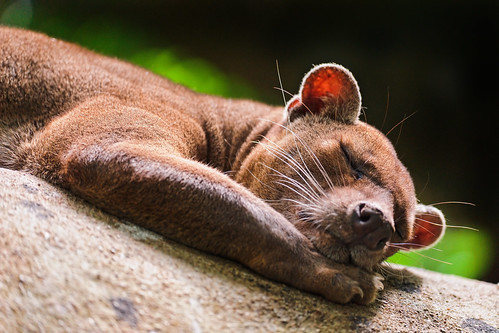 by  Tambako the Jaguar

Fossas only live in Madagascar.

There are less than 2500 fossas living in the wild. 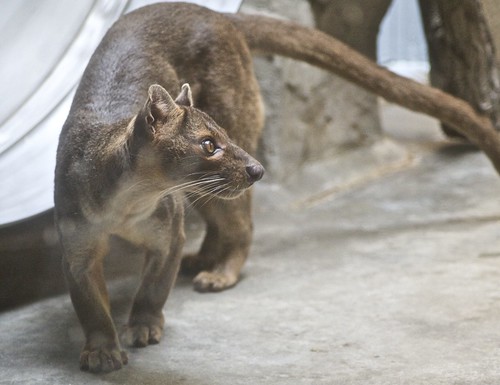 The fossa is the largest predatory mammal on the island of Madagascar.

About half of the fossa's diet is made up of lemurs. They also eat birds, rodents. reptiles and small livestock like such as chickens and pigs. 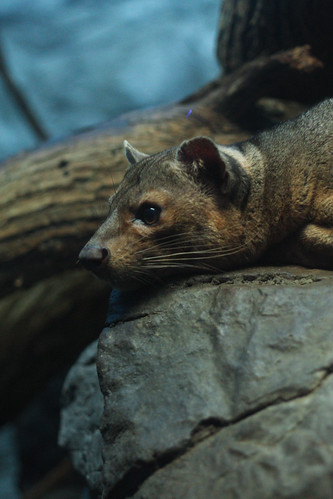 by  Mark Dumont
Fossas are comfortable high up in the trees and on the ground. 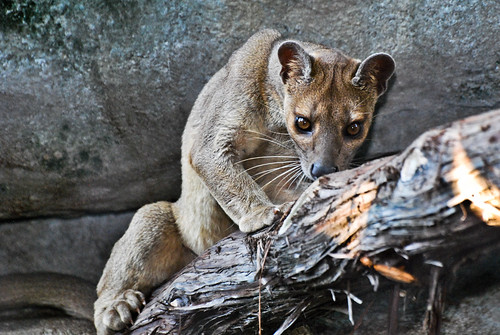 Fossas have a very long tail, usually the length of their body. Their tails help them balance as they quickly move and leap among the trees. 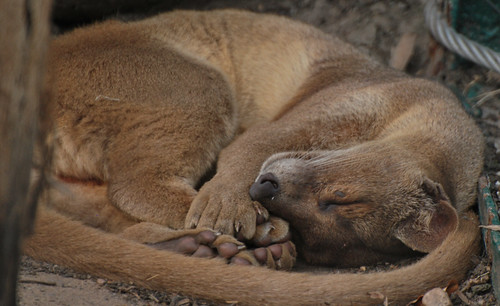 Fossas were thought to be a primitive species of cat until recently. The fossa may resemble a cat, but they are actually related to the mongoose. 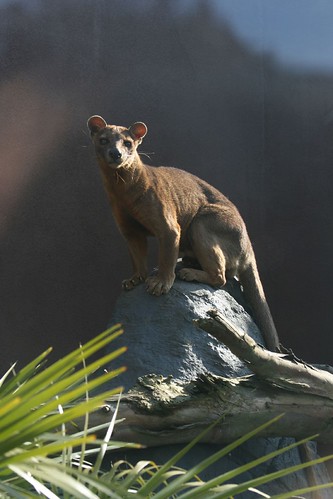 By having the ability to retract their claws, the fossa doesn’t wear them down walking, keeping them sharp for hunting prey.

The fossa walks on the soles of its feet, like a bear. 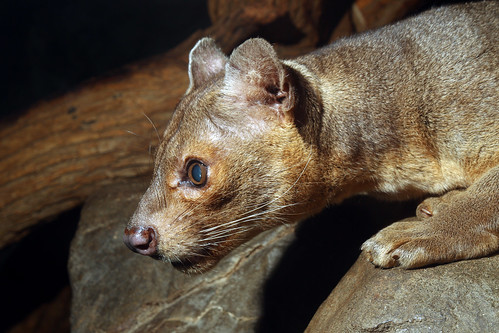 Fossas are solitary except during mating season.

Fossas tend to be nocturnal, but fossas will hunt during the day if food is scarce.


Fossa have a scent glad at the base of their tail that they use to mark territory.
The fossa is endangered. Fossas require a large territory and deforestation is an extreme issue in Madagascar. Almost 90% of the island's forests have been destroyed.
Fossas are also killed by farmers trying to protect their livestock. 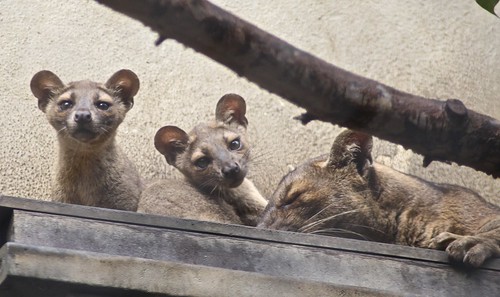 by  Just chaos
Fossa mother's make a den on the ground to give birth. She may use a tree hollow or an old termite mound for a den.

Fossas have 2-4 young in a litter. They are blind and toothless at birth and very dependent on their mother.